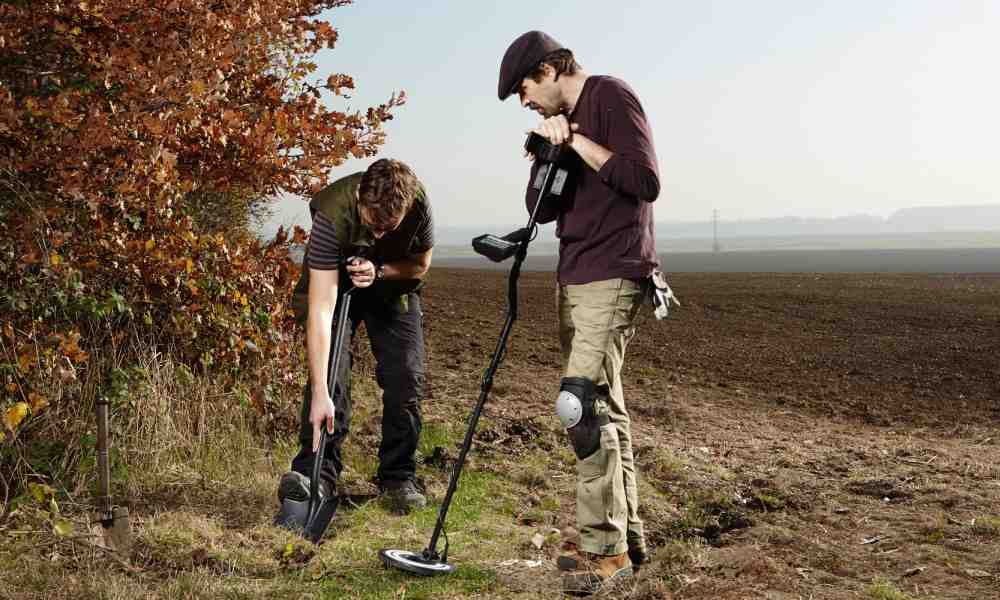 We asked ALL of our experts this question.

What is the First metal detector you bought, and what was the coolest thing you found with it?

Here are their responses.

The first metal detector I bought with my hard-earned grass-cutting money was a Whites IDX-Pro.

I paid close to $500 for it probably around the year 1998 when I was in the 7th or 8th grade. I’ve made a number of large purchases since then, but nothing stands out as exciting or rewarding as buying that metal detector.

I must have used it for over 12+ years! Still works great and never needed a service.
The coolest thing I found with that machine was a gold watch. It was a ladies watch, a Cartier Panthere Vendome.

It featured an 18K gold and stainless band, gold bezel, sapphire mounted on the dial. I found it ticking. When I beeped it, I thought it was a lady’s hair clip because the back of the clasp was poking up out of the sand.

I didn’t really understand just how significant a find it was until a few days later  when I showed it to a family member. It was still ticking when I found it.

I did end up selling it many years later when I was tight on cash, a decision that I don’t regret.

I can’t sell history, but if I find jewelry, no reason to hold on to it really…

My grandmother and I shared the same interests. We had even gone ghost town hunting in my car. Yes I had car and a drivers license at 14. I read lots of old west magazines.

So naturally when I saw an ad for metal detectors in one of magazines,

I wanted one. They were pretty expensive but I had a job delivering Grit Newspapers. It didn’t pay much. But eventually I saved up enough to buy the bottom of the line Relco metal detector.

It took forever to arrive at my house. You have remember in those days before internet I had to send the order by snail mail. Then they filled my order and returned it by snail mail, The day finally arrived and my detector arrived.

The hole was so it could be attached to the middle of  a piece of 1×4. Now the 1×4 a hole in each end. The holes were big enough so that you could put a piece of garden hose through them.

By bringing the two ends of the close to each other the hose formed a hoop. The hoop was my coil and was about 2 feet in diameter.

The  control box consisted of small rectangle metal plate with all the switches etc. already installed. The metal plate and its batteries slid into a wooden box attached to the handle.

The actual coil consisted of wire fed into the garden hose. The receiver was your own pocket radio.

At the time I wasn’t aware of it, but it was a BFO metal detector ( beat frequency oscillator ) . I was able to follow directions and detect metal.

As to what the coolest thing I found. Well you see I couldn’t detect anything smaller than a bread box. So out of a need to detect something  I took large pieces of pig iron my dad had stacked up out back and strategically buried them all over the backyard.

For my effort I had a lot of fun detecting and re-detecting the iron.

Check out some of our latest reviews. Click [Here]

The first detector I purchased was a Garrett GTA1000.

It was very impressive at the time, and helped Me find My first Silver Quarter which was an 1899 Barber… 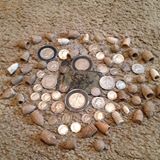 Some of Digger RJ finds since then

I didn’t find much with it. It was a single knob machine I bought in 1993 and within a year I

I will see if I can find a photo of me with the machine.  (Below)

It is long gone. I donated it to Detect America kids.

I love this hobby. I have had the pleasure of detecting with my family over the years. I really enjoy this. We have had so many good adventures.

I got my first detector in April of 2015 after reading and watching youtube videos on metal detecting.

I decided after doing a little research and seeing good reviews that I would get a Tesoro Cibola.

It was in my price range and the reviews said it got good depth.

The best find I had with it was a couple of wheat pennies. I only had it for a couple months when I decided to get something with a visual display to help me. I wish I had taken more time to learn the Cibola.

I am currently on my fourth detector in one and half years of detecting. I currently am swinging the Fisher F75 and I’m enjoying learning it.

As an owner of a Colonial metal detectors

Image thanks to Garrett

I have had pick of the litter when it comes to metal detectors, though the First detector that I used was a Garrett GTAx 1250

My best favorite was an 1831 Bust Half dollar.

Photo of the best finds with that detector.

Check out some of our latest reviews. Click [Here]

What are we looking for?

What we’re looking for is experts in Metal Detecting who have relevant experience, insights, case studies, best practices and other real-world experiences that they want to share to help others.

We are asking for 100% original and interesting articles, which should be no less than 100 words.

All articles must be based on your own experience.

Each post will be reviewed for quality, minor edits made if necessary.

What are we asking from you?

We expect you to promote the post to your email list. We also ask that you promote it to your social media followers, respond to comments as often as possible.

If you think you have what it takes to write for Ultimate Metal Detectors.

Why do you metal detect?

How has metal detecting helped you overcome challenges in your life?

What program/settings do you use when you metal detect a new site/permission?
Posted in Ask The Experts
← Garrett AT Pro Metal Detector Field TestWhat is the best advice you would share with someone new to metal detecting? →

This site uses Akismet to reduce spam. Learn how your comment data is processed.